CEOs in the CFD and FX industry are business savvy, but they could be missing out on the benefits of social media.

And while a number of CEOs in this highly competitive and regulated industry are starting to embrace social media within the CFD & Forex space, many of them may be missing out. 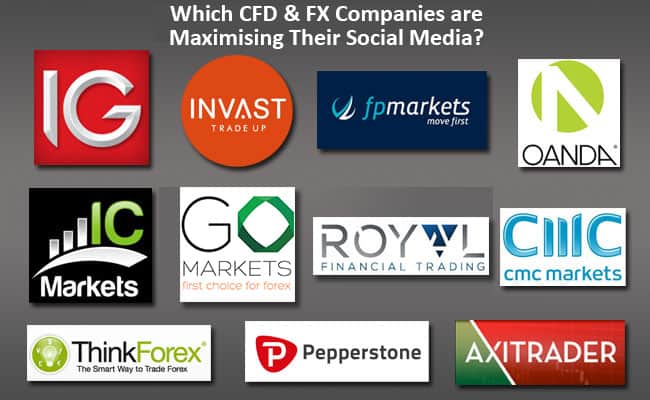 The converted and early users are singing praises and are keenly promoting it through their daily use.

On the other hand, the late adopters may still be dipping their toes and are just not ready to wade into the social media pool.

If you look at it, different industries and businesses have embraced social media with varying degrees of enthusiasm.

On the other hand, the legal industry and other professional services sectors have been slow in adopting or using social media. There is still a high level of caution and reservation in embracing this communications tool.

Social media in the CFD and FX industry

In the CFD and FX industry, we are seeing this divergence between those early adopters and active users of social media and those who are not very active and may still be testing or questioning the benefits it delivers.

Profile Booster embarked on an initial research to determine the level of social media usage among CFD and FX providers in Australia.

Our aim is to find out which companies are using social media channels to boost their corporate profiles.

We also would like to see if CEOs in this highly competitive sector are using social media to the max. After all, social media is proving to be the most effective and efficient way to reach a wide range of audience.

The initial findings paint a mixed picture of social media usage. But it provides us with some interesting insights that we can build on in the years to come.

At the corporate level, most CFD and FX providers have a presence and many are actively using social media.

The two most commonly used channels are LinkedIn and Twitter. This is expected and is in line with the current level of usage in the corporate arena.

Note: These numbers are based on publicly available data taken from the actual Twitter account of each respective company as at the 28th of February 2016.

At the CEO level, the picture is a little bit different. Though most CEOs have a presence on LinkedIn, many of the accounts are quite static or with a low level of participation.

For example, some CEOs have very limited details on their profile. Some profiles have not even been updated for several months or even years.

Many CEOs have barely shared or posted any updates on their profiles or commented on any post from other people.

When it comes to Twitter, it seems like no CEO in the CFD and FX industry is keen to use this channel at all. It was a challenge to find a CEO with a Twitter handle.

This is a bit confounding because a number of CEOs who responded to our survey said they definitely see the benefit of using social media. Though we saw this translate at the corporate level, this is not the case on an individual or CEO level. 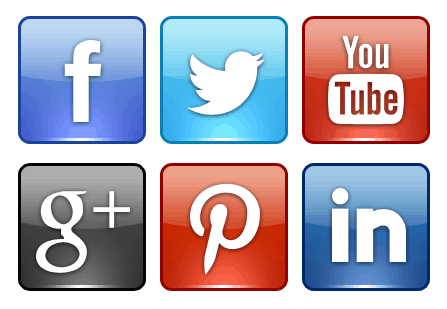 shares some insights into the low level of social media usage among CEOs and other top level executives.

Llewellyn, who is considered one of the pioneers and proponents of social media in Australia given his early works in the IT industry, has been giving advice to CEOs and corporate clients on how to implement social media strategies.

According to Llewellyn, “CEOs’ usage of social media is about vision. The “I don’t have time for that” conclusion is very common.

However, famous visionary CEOs: Marc Benioff, Richard Branson, Michael Dell, Marissa Mayer and locally Mark Bouris and David Thodey – some of the busiest people in the world – make time for it because they obviously derive significant benefit,”

“To some extent, they have resourced their Twitter account but it is clear they also use it personally both for engagement and information sharing,”

He added, “These very smart and successful executives would not invest time and resources in it if they did not see the benefit.”

In the US, a 2015 Social CEO Report published by CEO.com acknowledged there is a shortage of big-name chief executives who are active on blogs, Twitter and Facebook.

CEO.com described these top executives as those “who have figured out the power of the tweet.”

According to Llewellyn, there are a number of reasons that always come up to justify the non-use of social media among CEOs. Here are some of them:

Llewellyn also pointed out another fact of the corporate world. He said, “While CEOs think nothing of outsourcing their email to their executive assistant, they have no strategy or sufficient levels of trust to do the same with social media.”

Llewellyn agrees with the AFR and he said, “It is a question of Leadership. CEOs who use social media project an image of transparency and accessibility, not to mention digital sophistication.”

In the Australian CFD and FX industry, one of the active users and proponents of social media is Gavin White, chief executive officer at Invast Australia.

White confirms that social media is an important part of their overall marketing strategy.

He said: “Social media has presented us with more opportunities to convert and nurture leads into clients.

“For instance, with Facebook remarketing, we are able to constantly remain in front of those who have previously visited our website. Although not every interaction with our brand results in a conversion, but every positive interaction increases the likelihood of an eventual lead-to-client conversion.”

And as a user of LinkedIn, he says, “I fully appreciate the ability it (LinkedIn) gives me to connect with people already in my network, but also the ease with which it allows me to grow my network and the corporate network of Invast as a firm.”

White is one of the few early users who recognise the power of social media. He says, “Social media channels allow me to voice my opinions on the financial markets and share curated content with my network and beyond.”

Benefits of social media use

At the same time, he says social media has delivered other benefits such as:

Andrew Taylor, chief executive officer at Royal Financial Trading, is also a believer in using social media to reach out and to connect with people.

For Taylor, social media is not just about boosting his or the company’s profile. “It is also about allowing people to get to know the brand and who stands behind it.”

Recognising the potential for social media to grow and evolve, Taylor says, “We need to embrace social media as a real and impactful asset to our online profile, not just for communication but also for targeted and effective marketing.”

While many CEOs and top executives still need to be convinced of the benefits of using social media to enhance their corporate and personal profiles, there are numbers to show the positive impact of social media presence on client/consumer behaviour.

At Profile Booster, we have seen some outstanding results in terms of social media presence and engagement for a number of clients. These include:

A number of CEOs in the CFD and FX industry have also confirmed the benefits of social media to their overall marketing success.

For some, the ability to reach a wide range of audience and to shorten the sales process is a big benefit already.

For others, it is direct and positive engagement with clients who are also active on social media, that’s a major benefit.

In a recent interview, Nola Weinstein, head of executive engagement at Twitter cited some figures showing more than 80 per cent of customers are even more likely to buy from and work for a company whose executive team are active on social media.

In the same interview, Weinstein said, “People don’t buy from logos, they buy from people… so having that human interaction adds value.”

Whether CEOs will soon be convinced by the mounting evidence of the positive benefits of social media or not remains to be seen.

But Llewellyn is optimistic that the tide is slowly turning in favour of social media. According to him, “It (social media) will hugely increase among CEOs as the baby boomer generation retires and Gen X ascends. Those that find that their lack of social footprint can handicap them in job searches will also be a factor in encouraging more and more senior executives to adopt social media.”

In the meantime, a more comprehensive research into the social media usage of CEOs in the Australian CFD and FX industry is still ongoing. We will be sharing the results of the research within the next three months.

People Behind Profile Booster. Our team has a depth of experience when it comes to financial services, having been involved and authored 4 books and are driven to help you with your corporate communications and digital marketing goals. Eva Diaz - Co-Founder & Managing Director Eva … END_OF_DOCUMENT_TOKEN_TO_BE_REPLACED